Coordinating decisions for cooperation: insights from a comparative perspective

One of the challenges of achieving successful cooperation is coordinating our decisions and actions. This is a challenge we share with many other social species, including our closest living relatives, the great apes. The comparison of how great apes and humans solve coordination problems provide insights into the evolution of human cooperation. Of particular interest is how communication functions as a coordination tool. A closer look at how and when individuals communicate, not only informs us about their communication skills but also about the nature of the cooperative interaction. I will present findings from a series of behavioural experiments presenting great apes with coordination problems. These findings demonstrate the ability to coordinate their decisions effectively across a range of situations but that the means to coordinate can differ. Even though apes have communicative tools to mediate everyday social interactions, communication appears to play a relatively minor role in facilitating coordination in these experimental contexts. I will discuss why we see this discrepancy, including the potential role of the experimental paradigms

There has been a flurry of recent work on the cognitive neuroscience of curiosity. But everyone in the field offers definitions of curiosity that are metacognitive in nature. Curiosity is said to be a desire for knowledge, or a motivation to learn about something, and so on. This appears problematic. It either makes it difficult to see how curiosity can properly be attributed to cats and rats (let alone birds and bees), or it commits us to attributing capacities for self-awareness in these creatures for which we lack evidence. The goal of the talk is to offer a re-interpretation of the main findings in the literature, showing how it is possible for creatures to be curious while lacking any conception of their own or others’ minds. But at the same time I will argue that there is something that a metacognitive conception of curiosity gets right. The talk will first situate curiosity among affective states generally, before going on to elucidate both its contents and its dependence on forms of model-free sensitivity to one's own ignorance.

Autism spectrum disorder (ASD) is a prevalent and poorly understood neurodevelopmental disorder. There are currently no laboratory-based diagnostic tests to detect ASD, nor are there any disease-modifying medications that effectively treat ASD’s core behavioral symptoms. Scientific progress has been impeded, in part, by overreliance on model organisms that fundamentally lack the sophisticated social and cognitive abilities essential for modeling ASD. We therefore saw significant value in studying naturally low-social rhesus monkeys to model human social impairment, taking advantage of a large outdoor-housed colony for behavioral screening and biomarker identification. Careful development and validation of our animal model, combined with a strong commitment to evaluating the translational utility of our preclinical findings directly in patients with ASD, yielded a robust neurochemical marker (cerebrospinal fluid vasopressin concentration) of trans-primate social impairment and a medication (intranasal vasopressin) shown to improve social cognition in naturally low-social monkeys and in children with ASD. This translational primate research approach stands to advance our understanding of ASD in a manner not readily achievable with existing animal models, and can be adapted to investigate a variety of other human brain disorders which currently lack valid preclinical options, thereby streamlining translation and amplifying clinical impact more broadly.

Nawroth, Christian (FBN Dummersdorf): Farm animal cognition. What do we know and why should we care?

In recent decades, our knowledge of the cognitive abilities of nonhuman animals (i.e., their ability to acquire, process, store, and use information) has expanded considerably. In particular, research on canids has helped us better understand how domestication has affected the cognitive abilities of dogs. However, other domestic animals, such as many livestock species that number in the billions worldwide, are underrepresented in this comparative approach. For advances in animal welfare, a detailed understanding of the perceptual and cognitive abilities of these farm animal species is also necessary to understand their normal behavioural expressions and avoid exposing them to psychological stress. In this talk, I will discuss how testing paradigms from fields such as cognitive ethology and comparative psychology have been successfully applied to the study of the cognitive abilities of farm animals, opening new avenues for the study of their mental abilities. I will highlight how basic cognitive research has been implemented in a more applied setting and will point to applied future directions in the field of farm animal behaviour and cognition. 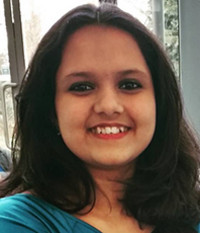