The Leibniz ScienceCampus Primate Cognition was founded in January 2015 at the German Primate Center and the Georg-August-University of Göttingen. In the beginning of 2020, the Leibniz Association extended its support for the ScienceCampus until 2024. At the Leibniz-ScienceCampus behavioural and cognitive biologists, neuroscientists and psychologists conduct interdisciplinary research on questions of cognition in human and non-human primates. In order to understand how primates navigate in complex social environments, we investigate the mechanisms and functions of social behaviour, communication and decision-making. We span the arc from individual to group behaviour, and study perception and processing of social information as well as action planning and -execution, partner choice and social learning. Studies are conducted with non-human primates, with children and adults. In addition to the monkey species kept at the DPZ, free-living populations are also available at field stations in Thailand, Senegal and Madagascar.

As a research platform jointly operated by the DPZ and the university, the ScienceCampus promotes the exchange between the participating scientists and cooperation between the disciplines. For this purpose, a number of funding formats have been developed for the members of the ScienceCampus. These include project funding through "Audacity Funds" as well as mobility programs to promote exchange with the national and international research community. Workshops and seminars as well as measures for the promotion of young scientists complete the range of services.

Membership in the ScienceCampus is open to all interested members of public Göttingen research institutions. 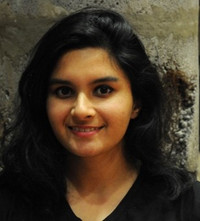