How do people decide whether two events “c” and “e” that co-occurred in space and time were causally related? According to one class of theories, so called physical process theories (e.g., Dowe, 2000), causality can be characterized by the transference of conserved quantities from cause to effect. These theories predict that people should say that an event “c” caused another event “e” only if there was a physical process connecting “c” and “e”. According to counterfactual dependency theories (e.g., Lewis, 1973), by contrast, counterfactual dependency between cause and effect be the defining aspect. These theories predict that people should judge “c” to be the cause of “e” if it is true that “e” would not have occurred had “c” not occurred.

In a much-cited article, Lombrozo (2010) provided evidence that people might in fact be “causal pluralists”, that is, that both criteria play a role in their causal judgments. Interestingly, Lombrozo (2010) also found out that the two concepts seem to be considered differently important depending on whether the agents involved in a situation act intentionally or merely accidentally. When agents display goal-directed actions, people seem to rely more on counterfactual dependence than on physical transference when evaluating the causal status of these actions, while the reverse seems to be true when agents act accidentally. To dissociate transference from counterfactual dependence criteria, Lombrozo (2010) applied scenarios of “double prevention”, in which the actions of multiple agents are only jointly sufficient for the outcome but where only one agent’s actions are physically connected to the outcome. A typical scenario involves the interaction of three protagonists, Alice, Billy, and Carol. Alice wants to listen to music and therefore decides to throw a ball towards the “on-button” of the radio. Billy, by contrast, does not want to listen to music and therefore decides to unplug the radio. Carol, just like Alice, wants to listen to music, however, and therefore decides to step on the cable to prevent Billy form unplugging the radio. Alice’s ball hits the button and the music starts playing. While Alice’s action clearly transfers a conserved quantity (the ball’s momentum is transferred to the on-button), there is no such transference between Carol’s actions and the outcome. Yet, the outcome would not have occurred had Carol not prevented Billy from unplugging the radio.

The goal of the present project was to investigate which criteria children consider important when making causal judgments. Do children, other than adults, have an unconditional preference for one or the other criterion when evaluating the causal status of agents’ actions, irrespective of intentional status? Or are they rather universal causal pluralists who unconditionally consider both criteria likewise important? Or are they, just like adults, influenced by the intentional status of actions?

To address these questions, we adjusted the original materials and tried to make them easily comprehensible for children. While Lombrozo’s (2010) experiments were purely vignette-based, we developed dynamic video-clips that the children were supposed to watch before answering the test questions. We also used our adjusted materials to replicate the original findings with adults. Unfortunately, we were not able to find Lombrozo’s (2010) effect. Both, adults and children considered the double preventer (on whom the effect merely counterfactually depended) just as causal as the agent whose action was physically connected to the outcome. Our replication attempts failed even after extensive revision of the materials. One possibility hence is that the effect might only occur when participants read verbal descriptions of the scenario but not when they “experience” how the events unfold in space and time. Future studies may therefore test this idea (in adults only) by comparing the results obtained for scenarios that are merely described with those obtained for the same scenarios presented in the form of dynamic animations. 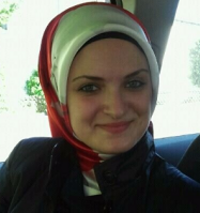 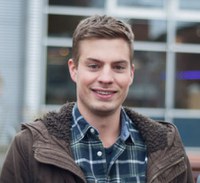