Intelligent behavior often requires finding a balance between exploring the environment to understand its detailed structure and exploiting the acquired knowledge to maximize utility/reward. We proposed and tested a computational model that finds an optimal bound on exploration of an uncertain environment in order to infer its latent, hierarchical structure. Inference of latent structure by sampling a sensory sequence is an everyday experience; think of determining the identity of a dog (German Shepherd) while at each time our eyes can only sample from a small part of the image, namely only the head or the tail of the dog (Fig. 1).  Solving this problem requires sampling a sequence of cues spread throughout a sensory environment in order to infer the identity of an abstract latent variable (the ‘scene’). The scene identity determines which particular set of cues appears in the environment, hence the identity of the scene is inferred or constructed by our brain akin to answering the question of: ‘Given a set of sensory data, what is the most likely scene giving rise to it?’ However, this sampling cannot continue infinitely and should be stopped at some point. We have computationally tested how the brain finds answers to this question in an optimal amount of time. To do so, we ran computer simulations and tested a computational framework referred to as Active Inference. Active inference is a normative account of adaptive behavior that casts perception, planning, and action as consequences of a single model-optimization: maximization of a lower-bound on model evidence. Our results show that a large number of behavioral phenomena such as getting slower when sensory evidence is scarce and becoming faster when prior information hints towards a certain option could be explained by Active Inference framework. 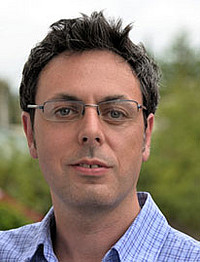